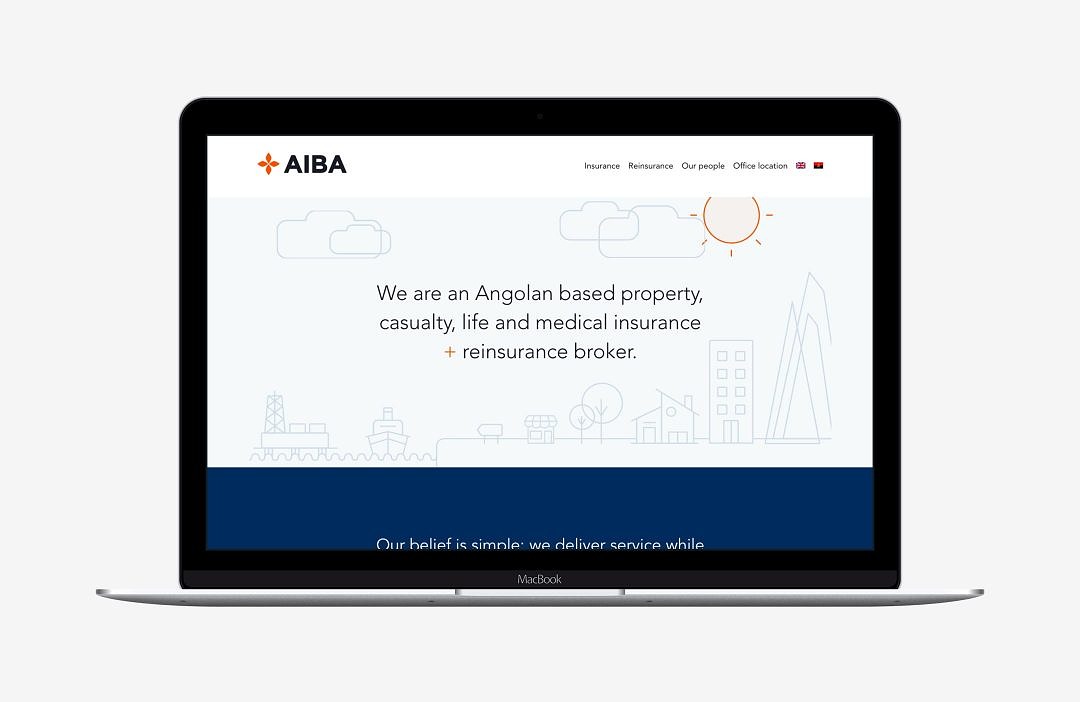 AIBA, or Allied Insurance Brokers Angola, is an insurance brokerage based in Angola. Founded only 4 years ago it has experienced fantastic growth, rapidly establishing itself as the market leader in the country, now employing 30+ staff.

In 2015 they realised their existing branding identity and web presence was no longer adequate and did not reflect their status as the market leader and one of Angola’s leading companies.

Harry Cresswell and I were asked to develop a new branding identity system and a new website, that would instil confidence and credibility in the business.