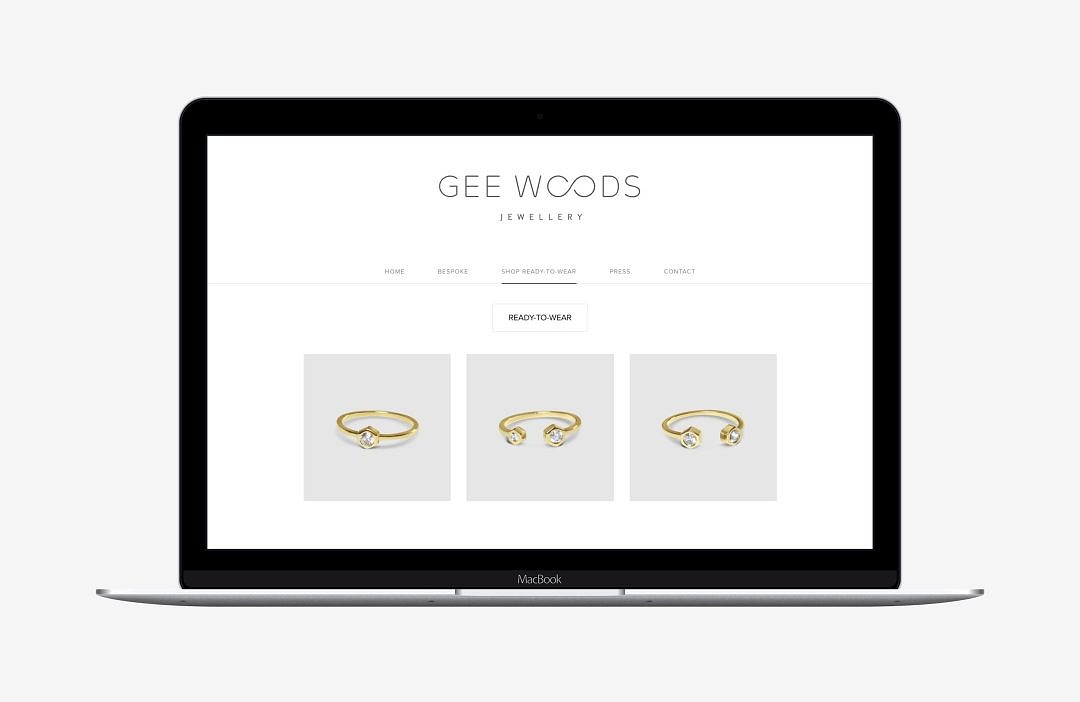 Gee Woods is a London-based jewellery designer, who is attracting more and more press attention due to her beautiful and highly affordable jewellery pieces.

Wanting to capitalise on her growing appeal, Gee decided in late 2014 that she wished to setup an online store for her “ready-to-wear” range in time for the Christmas shopping season.

Gee wanted her online store to match to her existing site (built on WordPress) as closely as possible, so that the user experience would be seamless, her branding would remain constant, and her customers would not get confused.

She was unsure about how next to proceed, but knew she was in need of a web developer who is familiar with WordPress and eCommerce solutions, and who could guide her through the entire process of getting the store launched.

I outlined several eCommerce solutions to her, and we eventually settled on using Shopify, due to it being a robust and highly customisable platform, and I was confident that I could build her a custom Shopify theme to precisely match her existing WordPress site.

I then set about developing the custom Shopify theme, populating the store with her jewellery items and configuring the store for launch. I assisted Gee in configuring her DNS settings, setting up payments by WorldPay and ensured that the store would be easy to maintain in the future.

The whole process took only a few weeks and the site launched in mid November, in plenty of time for “Cyber Monday” and the Christmas rush.